There are four points I want us to consider:

1) None of us know what really happened and we’re all siding based what we know, which is incomplete.
2) An indictment still wouldn’t bring Mike Brown back, nor would it unify our country as God intends.
3) Darren Wilson needs our prayers too and we should pray for his salvation.
4) The justice system isn’t the kingdom.

Where are all the black people when teens are dying in Chicago? Why are blacks surprised when “thugs” get what they deserve? The black communities reaction to Mike Brown proves that America would be safer and better without blacks. What about black on black crime? These are just a few responses from a few white Americans that identify themselves as evangelicals. My favorite or should I say the most heartbreaking response I’ve read was from a pastor who simply said “he reaped what he sowed” and this pastors article did not reveal any compassion and this was an African-American pastor. What can we learn from this? I think the question is do we want to learn anything from this? It seems that the Mike Brown tragedy reveals that some would rather nurture their delusion about other cultures as opposed to actually building relationships beyond the surface level to understand cultures other than their own. The bible tells us to “mourn with those who mourn” (Rom. 12:15), it doesn’t say wait for the facts to mourn, be racially the same before you mourn, be theologically aligned before you mourn or any other stipulation other than seeking empathize with those that are hurting. The active infinitive found in Romans 12:15 isn’t a suggestion, but a command from a man who frequently found himself in the midst of cultures that differed from his own, but he didn’t let those differences keep him from engaging them (Gal. 3:28) or studying other cultures (Acts 17:23-24) because their pain was important to him. The point is we’ll keep arguing in circles as long as we stop at guilt or innocence. When we limit our approach as evangelicals to guilt or innocence we’re left with numbers, facts and evidence and not compassion, love and care. Here are a few ways we can respond better:

If you’re apart of majority culture and you honestly want to engage in this dialogue in order to understand and care for others, don’t bring up all of the statistics on black on black crime. Does black on black crime matter? Absolutely, but it’s important to understand when one brings up the murder rate amongst black men and black on black crime it doesn’t address the current issue of a young man’s death. Is black on black crime a reason to ignore white on black crime? How come white on white crime isn’t a category? Spitting off stats doesn’t help the situation. I could talk about white men being statistically more likely to be rapist, pedophiles and serial killers and the fact that statistically white people are more likely to kill other white people, but it doesn’t address any specific tragedy; it would be a smoke screen and African-Americans don’t need statistical smoke screens when we’re grieving over injustice. When a white person experiences injustice at the hands of a black person or another white person, white on white crime isn’t mentioned. Statistics shouldn’t be used to assume the character or trajectory of an entire race. It isn’t loving and it isn’t the gospel-cengered thing to do so please don’t address African-Americans this way or anyone that’s grieving with statistics. Ask yourself is recalling statistical data to those that are hurting “loving your neighbor as yourself?” (Mark 12:31). Secondly ask yourself the real heart question, do I see African-Americans as myself (my neighbor)? If not this could be why you see it as a “black issue” and not your brothers issue. We can’t embrace the doctrine of Imago Dei and not extend that dignity to Mike Brown and Daren Wilson. What you can do is ask questions and pursue authentic relationships with those that are different than you and not only those that tend to, agree with you. I was asked by a white pastor whose a close friend, what if Darren Wilson went to you church? He was explaining the challenges he faces pastoring a 90% white church and this tragedy. I responded by saying why not respond to both? I told him he didn’t have to assign guilt or innocence, but to ignore the “black” side of this situation I think would be unloving.

If you embrace the reality that White Privilege exists, you have an opportunity to leverage your privilege for the sake of the gospel. What exactly is “white privilege?” I’ll let  Matt Chandler answer that for you. In reality we all have some sort of privilege if you’re an American you have a degree of privilege that affords you advantages that others in third world countries may never experience, this reality leads us to care and engage those countries because we realize we have advantages they don’t have. Why don’t we feel the same way about black men being treated wrongly in America which is a systemic issue? Why can we go across the seas, but not across the street? If we’re honest African-Americans seem to be an unreached people group many (I did not say all) white evangelicals don’t care to reach. When it comes to white privilege the primary issue African-American men are faced with is being viewed as threats simply because we’re black. It’s rare that blonde haired blue eyed men “fit the description.” If you’re apart of majority culture you can talk with others within your culture and lovingly address the ignorance some have about their privilege the way Matt Chandler did. He acknowledged and leveraged his privilege to educate those within his community as opposed to being a victim and saying “we’re always blaming the white guy.” White privilege isn’t about blame, it’s about bias. A bias that judges all black men by the actions of a few black men. A bias that exists and as long as it’s ignored or debated we won’t move towards reconciliation, which is what the gospel compels us to pursue (2 Cor. 5:18).

It’s interesting that when black people honestly express themselves it’s often interpreted as anger. There are two contributing factors to this: 1) People outside the black community that don’t understand it so they interpret it through their own cultural lens and 2) Blacks that want the acceptance of whites so intensely that they’ll criticize and affirm the charicatures and stereotypes of blacks to gain acceptance from majority culture. Whatever the case I’m amazed at how “black anger” is characterized, but rarely addressed. Does anyone care why we’re angry? If you’re a Christian shouldn’t you? I’m not assigning guilt or innocence, but let’s remember this is the not first black male killed at the hands of a white law enforcement officer and either acquitted or not indicted. That fact would invoke some sort of emotion, rather than being flippantly critical, seek to be lovingly understanding even if you believe Mr. Wilson was justified. If you’re an African-American in a predominantly white context please be honest and don’t put the acceptance of your constituents above the social injustice that exists in this country. I know that “being honest” somewhat subjective because some African-Americans like Voddie Baucham seem to think “he reaped what he sowed” and that privilege is not and issue. I disagree and think his post was not loving or helpful and The Gospel Coalition should take it down because its doesn’t address the issue and it nurtures the delusion of those that think great theology replaces cultural engagement, I believe they’re intertwined.  I agree with Thabiti Anyabwile’s assessment that injustice triumphed and TGC does at least have differing perspectives posted on their site. I also love the balanced approach Dr. Eric Mason took on this tragedy. When I say be honest what I mean is I hope you’re free to be angry, hurt and frustrated if you are and don’t feel pressured by your white “friends” to hide your anger for fear of being labeled and angry black man/woman and ostracized. These are the conversation we need to have.

4. Realize that Justice is Subjective

Many believe that justice was served, the responses will vary depending on who you ask. The reality is that we will never get perfect justice here from a judge or 12 jurors. Perfect justice is an eschatological reality that we await and that only Jesus can deliver. Wherever you land on this if you’re angry and want to riot you’ve probably deified a justice system that will never be perfectly just, it’s ran by people, many whom have yet to trust Christ so this will happen. If you think black people need to get over it you’re being unloving and you’re aloof to how the gospel is a message and movement of justice; eternal justice. As citizens of heaven (Phil. 3:20) we are called to bring the message of that justice here. It’s important that we ask questions to understand and empathize with those affected by this outcome. While we’ve come a long way, obviously there’s still much work to be done and the idea that racism is not an issue is ludicrous. That’s why I’m glad that our hope, our faith and our trust isn’t in this judicial system, but in the kingdom of God. A judicial system ran by sinners in a fallen world can and will not be perfect and will fail us at times. That’s why Christ is our hope and He will administer justice for all and He’s done that on the cross. So if this judicial system has upheld, disregarded, failed, tainted or offended you, just know there’s another judicial system that never fails. So let’s pray and let’s get busy by having tough conversations and authentic transcultural relationships that reveal the power of the gospel to a world divided by race, culture and preference.

In the Gospel we’ve all reaped where we have not sown through the imputed righteousness of Christ. Let’s sow the gospel in this tragedy and reap the blessing of reconciliation as God makes a people from all people (Eph. 2:15). 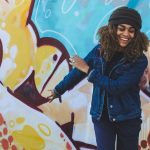