The church I pastor started a new series in the book of Esther called Where’s God? We called it that because God is not mentioned once in the book of Esther, but His hand is all over it. I had the honor of preaching chapter one and one of the things I noticed while studying and reading commentaries is the the treatment of Vashti by King Xerxes was either ignored or barely address. I asked one of the many women leaders at Vision to share their thoughts on the first week of the series and Jasmyne Jones did a fantastic job on this article. While I’m aware of Serena’s Jehovah Witness beliefs, all people are made in his image and worthy of dignity, honor and respect and too often women are mistreated. Please enjoy Jasmyne’s fantastic article comparing and contrasting the two.

This year’s US Open Women’s Final promised to be a match for the history books. Serena Williams fought her way to her second grand slam final within a year after giving birth to her daughter and suffering posthumous blood clots that threatened her life. Her opponent, 20-year-old Naomi Osaka, began her whirlwind tennis career after being inspired by Williams’ trailblazing story of unparalleled athleticism and grit. Two women of color would display the highest caliber of tennis for the world to see. Unfortunately, the match took a disheartening turn when the umpire repeatedly accused Williams of cheating. A series of exchanges between Williams and the umpire resulted in an appalling display of double standards and bias. By the end of the match, the consequences of sexism evoked tears, boos, lost opportunities, and shame. Even though Williams has been arguably lauded as the “greatest athlete ever”, with an unrivaled trail of wins, several large endorsement deals, and the ability to reel in more viewers and money to the sport, the events of the 2018 US Open Final (and many others) remind us that in a systemically sexist society, she is still a woman. Her voice and her passion are seen as a threat, so much so that professional tennis umpires have begun to unionize. As we see in scripture, the plight of Serena Williams and women all of the world from every walk of life is not new. (Ecclesiastes 1:9)

In the book of Esther, chapter 1, we are introduced to the immediate circumstances that led to the appointment of a female Hebrew exile into Persian royalty. What makes Esther a particularly interesting book in the Bible is that God is not actually mentioned, and the book’s author does not comment on the immorality of the characters. We see the sovereignty and providence of God woven through the fabric of an exciting narrative. As we watch God move in the book of Esther, we are assured that God works throughout history and throughout our lives despite our sin and our shortcomings.

Like the book of Daniel, Esther is set in a foreign, pagan, nation, with mostly non-Jewish characters. King Ahasuerus (also known as King Xerxes) was a man of immense power, wealth, and prominence. He surrounded himself with advisors and royal officials who carried out his authority without question. The six-month-long party at the king’s palace in the capital city of Susa was a celebration of Ahasuerus’ control over a vast empire, Persia’s military dominance, and his grandiose wealth. In Ahasuerus’ eyes, all was well in Persia. He was on top of the world, and everyone in his empire fell under his authority. There was just one problem. Ahasuerus’ queen, Vashti, had a mind of her own. In the Persian empire during the mid-to-late 400’s BC, as in 2018, a woman with a mind of her own and a voice to express it is widely seen as a threat to patriarchal authority. (Esther 1:16-18) Although she was queen of a vast part of the world, Vashti was only considered a “trophy wife” to be paraded in front of Persia’s all-male leadership at the king’s command. (Esther 1:10-12) For Ahasuerus and his royal advisors, physical beauty was where Vashti’s value began and ended. In their eyes, she was a woman, and she was only there to serve them and to do what they wanted.

Thanks be to God! Our Heavenly Father is not an oppressive king like Ahasuereus, nor a biased umpire who penalizes women for having a mind and a voice. Our God affirms women throughout scripture as uniquely created for his glory. (Psalm 139:14) God does not subscribe to the oppressive attitudes and power structures erected by sinful people in a sinful world. He created women in his image for his purpose, not man’s. (Genesis 1:26-28)

How are we to respond?

Our study of Esther is shaping up to be extremely fruitful and illuminating. In chapter 2, we will meet the book’s namesake, Esther (also known as Hadassah) and explore how God used her to save her people and impact the course of history.

If you keep silent at this time, relief and deliverance will come to the Jewish people from another place, but you and your father’s family will be destroyed. Who knows, perhaps you have come to your royal position for such a time as this.

*mysogynoir – misogyny toward Black women that include both racial and gender bias. 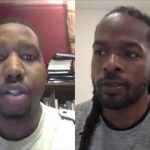 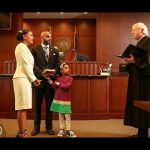