Imagine a man who was a very hard worker. He would start his days 2 hours early and end them 3 hours late. He would send emails during family vacations and never took lunches. He would pass this work ethic down to his employees, setting the expectation that they need to be always available for urgent work issues. He would drive himself and his team to greater and greater achievement always improving their work, making it faster, cheaper, more profitable. And after many decades at this unrelenting pace, he and his team achieve record high performance and profitability. Now imagine after all this, the man receives notice that the company is letting him go. Perhaps the company gave it a nice name like early retirement or restructuring but to the man it’s all the same; he was fired. And it doesn’t stop there. Let’s imagine the company decided to go a different direction. As a result, not only is the man no longer working for them but everything he built, the structure and processes he spent decades of his life cultivating, will be dismantled in just a few short months.

It’s not hard to imagine; we hear stories like this all the time. And when I do hear these stories I think of Jeremiah 2:5

“What wrong did your fathers find in me that they went far from me, and went after worthlessness, and became worthless?

Jeremiah 2 is all about God confronting his people about their apostasy (forsaking God to go after anything and everything else). In a similar rebuke recorded in Ezekiel 16, God uses the word “whore” and “whoring” 17 times to describe what it is like when the people of God align their pleasure, joy, identity, and status to anything or anyone other than Him (Can you tell He takes this seriously?).

So what does this have to do with the very hard-working man from my story? Well, it depends. If he did everything for his own glory then he went after worthlessness, and became worthless. All his anxious toil, all his sacrifices, all the amazing achievements; it all added up to nothing. And if we are not careful, this could be our story too.

Make no mistake, God approves of diligent work. That’s not the problem. The problem is that it’s so easy to make our work and our lives about us, what we accomplish, what we achieve, what we enjoy. And it has nothing to do with the context of our achievement; whether it’s about achievement in the business sector or in the ministry field, what makes it worthless is if it’s about us. The truth is our glory doesn’t really exist because our lives are but a breath. It is a phantom, conjured by self-perpetuated delusions of grandeur. But God’s glory is the central theme of life itself, from eternity past to eternity future.

Are you seeking your own phantom glory or God’s eternal glory with how you use the abilities He has given you? Remember, you are what you seek. 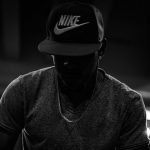